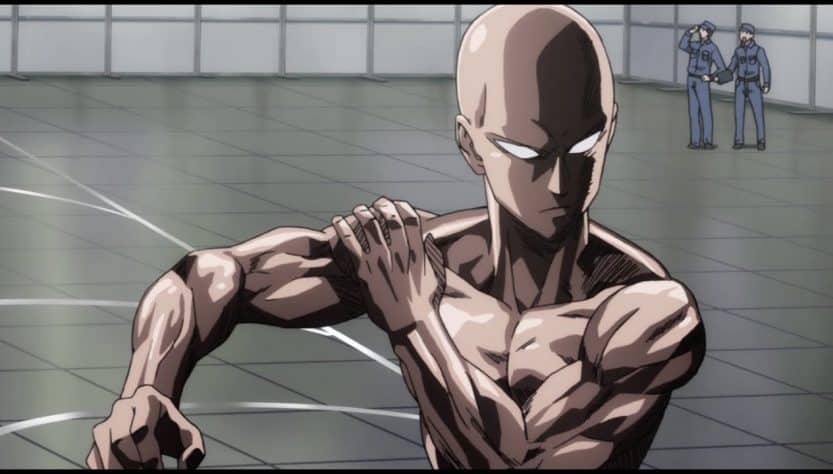 Girls, it isn’t fair that men get to have amazing muscles. I can argue though that I don’t want muscles for myself but I know a lot of women who would kill for the abs and muscles they see in female UFC fighters. So I’ve decided to try and help them out by suggesting the workout that has been memed back in 2015.

Yes, I’m talking about the anime One Punch Man.

If you heard of that anime, then good, all you need to know is that this man named Saitama has killed and destroyed super-powered monsters and humans alike with just one single punch, hence the name One Punch Man. And mind you, this dude is just a simple 25-year-old human.

Do you want to know how he got so strong?

You have all these robots, mutant monsters and talented espers and yet one single guy can beat them all with just a wave of his hand. How did he get so strong in this very young age of 25? Well, in the manga and anime, he revealed that all he did was just some very simple yet serious exercises that any normal dude can just do.

And that’s it. Surprised? Well don’t be because he had to do this EVERY. SINGLE. DAY. For the past few months in his early twenties. He even has to cut down on his food to get the strength and muscles he has now. And from someone who TRIED to do some work out and diet for a month, I know how hard it really is. And while I may not have tried this hellish workout, I can say for sure that it is NOT easy to follow.

But it works. Boy, does it work and I have proof. Click here and know about this dude who tried the workout with amazing results.

Yes, there’s a “but” in this part. We need to remember that Saitama is NOT real and One Punch Man is just an anime where monsters exist. So do take note that while you will have some amazing results if you manage to achieve this, it actually does not do for trying to get the strength or raw muscle power that the anime boasts. Not to mention that this workout will probably be nothing short of HELL for the ladies, if you aren’t used to brutal exercises already. This workout is best for those who want to have a better body and stamina. And if you aren’t convinced yet then check out roamstrong to see the truth.

What’s so Good about It?

Aside from getting that really awesome body you always wanted? There is also:

Now ladies. As I said before, this workout came from an anime/manga. While it does work for men, don’t forget that us women are fragile (girls, don’t argue, we physically and scientifically are, unfortunately). Don’t do this all of sudden and not give yourself breaks. At most, try it out at little bursts, yeah?

Have fun with this workout and let me know if it worked for you.