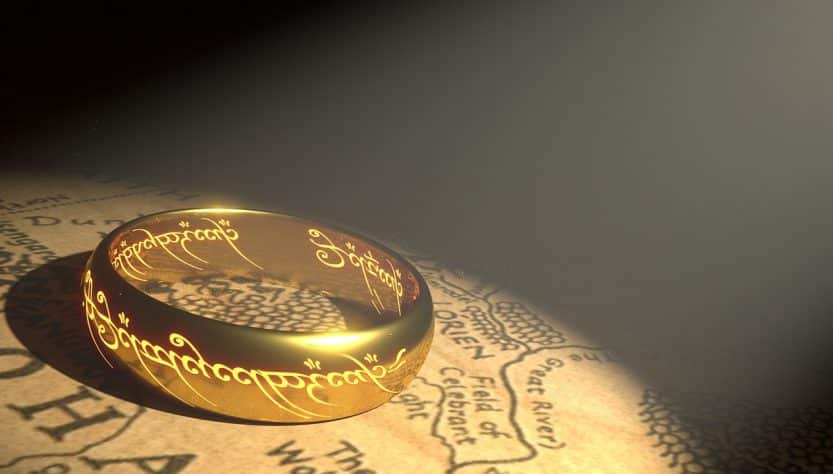 Personally, I don’t wear jewellery. I don’t like feeling them on my skin because they itch and sometimes, on a particularly hot day, my sweat would travel all over the accessories and just make my day even worse.

That being said, I don’t actually hate jewellery in general. In fact, I think they’re very pretty and precious. I just hate wearing them myself and if I HAD to wear some, I wouldn’t just choose to wear anything I find pretty. No, no, no, it has to be a particularly nice piece of jewellery that actually would entice me into wearing them all my life, uncaring of the itchiness and the hassle it would give me. Enter, the One Ring.

Any kind of clothes or accessory that have been famous in the fictional worlds and media though, are fair game to me. I would rather strut around in my ahegao hoodie (shamelessly) rather than in a regular hoodie whose only defining feature is the colour. This goes the same for jewellery.

I don’t like wearing rings. They don’t itch on my fingers, but I hate how they always get caught on my clothes or hair. Even if the ring happened to be given to me by my loving boyfriend, I still won’t be enthusiastic about wearing it. Besides, if he was REALLY my “loving” boyfriend, then he should already know that jewellery never flatters me anyway. He should have just given me a succulent plant in the first place. At least I’d love that and appreciate it more than a really expensive ring.

The one and only accessory that I AM willing to wear on me for every day for the rest of my life is, you guessed it, a replica of the One Ring to Rule Them All.

That’s right, the golden ring that caused so many torments and sufferings to all creatures in the Lord of the Rings trilogy. It LOOKS like a wedding band to be honest, but I don’t mind. I would wear that on my deathbed if I have to.

…okay, yeah, I now see why they’re so obsessed with it in the movies.

But my point still stands. It’s the ONLY jewellery I’m willing to attach myself too. At least it isn’t something dangerous, like an exact replica of Jon Snow’s valerian steel sword. That’s a topic for another time.